The most common question asked of the CREW after a concert is,
"Why on earth would you choose that shirt with those pants?"

We have had our fair share of ups and downs over the years, especially since the untimely passing of our blind mascot “Monroe” (also head of wardrobe). Tip: porcupines are fatally allergic to unroasted hazelnuts.

Yet we rise above our culinary misjudgments to present to you our little bit of cyberweb real estate for the pure unadulterated enjoyment of CREW enlightenment.

With persistence you will learn much more than you would ever like to about the private inner workings of the CREW. With sleuthful resolve you may even discover the secrets of the CREW’s longevity. Should you dare to delve even further, you may even uncover the real reason why Dave’s eyes are so close together.

On the other lap, you may be asking yourself: Why are you here? Or: why are we here? Well indeed! Philosophers have wrestled with this question for centuries. It’s simple! We hope to show you something in a new light…

The CREW: certified organic all-Canadian hypoallergenic contemporary folky-pop acapolka comedy band-group/team. In the interest of safety please keep the CREW away from fire and flames.

Our GMA nominated Christmas album – Consider well … a Christmas Journey with The CREW – is available!  Would you consider sharing the information below in your bulletin, on your screens or on your website during December?

Thanks for your support, and partnership in ministry!

3 Things We Do Best? 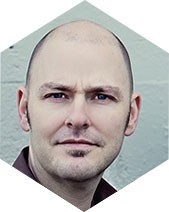 He may very well be one of the ‘Daves’ you know you know. But how much do you know of him? Here the mystery begins. The immense vastness of space to him is but a mere trifle: he is familiar with Alpha Centauri as he is with the forest moon of Endor. The halls of history are no hold to this ‘Captain Capelmeister’: he is on a first-name basis with Johann Sebastian Bach (Johnny), Martin Luther (Marty) and Ludwig Von Beethoven (Wiggy). He is a journeyer; a watcher; a player. He is an integral part of this time… this place… this mission…

Rumours abound. There are a string of theories that propose links with him and a mysterious person known only as ‘M’ and nimble English sports cars – and their even ‘nimbler’ demolishment. There have been circulating whispers of the romance: a baffling ‘tomcruisesque’ force that draws females of every gender alike. There is the apparent multi-citizenship anomaly; of the peregrination of the terrains of the United Kingdom, several countries in Europe, and in wilds of northern Africa. Some have witnessed fingers approaching the dexterity of Oscar Peterson; of wit more biting than Oscar Wilde; evidence of a mind sharper than Rene Descartes; of lover-like propensities more gasp-inspiring than Giacomo Casanova; of musical genius equaling that of Chris DeBurgh.

There are, of course, the vital and ever-unanswered questions: Does he sleep? Does he really like vanilla? Why are his eyes so close together? What is the average rainfall in the Amazon Basin?

One common thread remains: he has two legs (albeit short), two arms, a torso, a neck, a head, and yes, even a bellybutton. He is the same as you and I, but yet he is something completely different.

What is the reality? Remember one thing: a good mystery is never solved. 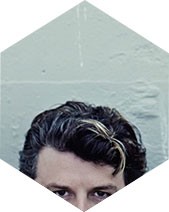 Paul’s dream is to create a perfect polygamous marriage between cuisine, music, acting, and personal grooming. Being of French-Canadian descent makes him the ideal candidate to be a success.

In the mid ’80s, at the pinnacle of modern-day hair styles, Paul borrowed from the European tradition and opened a salon (pronounced SAL-on) called FigaroFigaroFigaro’s where exclusive clientele could expect the dramatic execution of a stunning haircut whilst being lulled by the gentle humming of an Aeorsmith tune, and enjoying an albatross & beetroot sandwich.

Paul’s vision is to encourage the ‘you’re OK’ philosophy by focusing one’s image through the senses. He certainly practices what he preaches.

Paul begins his daily activity by ritually washing his hair in a home-made concoction of nettle tonic and maple syrup milk; then, in a centuries-old custom it is given a flat-ale & hemlock rinse. After a hearty breakfast of Scottish porridge oats and a little strum on his guitar of any (or all) Eric Clapton songs, he returns to the office to dry his hair in a unique style of ‘pat-pat-pat’ with a towel made from faux-fur of the ancient meerkat, which is promptly discarded after only one use. The mid-morning snack usually consists of a package of cherry licorice and a cup of ginger-garlic tea, before which he brushes his ebony locks exactly one thousand times. Lunchtime is a relaxed affair and may consist of an MLT where the mutton, of course, is nice and lean, and the tomatoes are perky. The afternoon consists of a comprehensive hair analysis, and the ‘test’: a vigorously animated performance of Singin’ In The Rain while constantly monitoring the status of his coiffure. If it maintains its stunning look, dinner (lovingly prepared by his wife – under Paul’s supervision) is shared with his family. The evening usually consists of an overdramatic reenactment of a Louis Riel monologue, just before his untimely and unjust demise. (Louis Riel’s, that is. Usually.)

The Edmonton market was not ready for his ingenuity. He currently takes time from being a full time dad to contribute to the local entertainment scene exclusively. In his heart he is a true chef-stylist-musician-entertainer-entrepreneur. 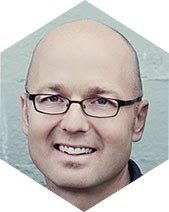 Joel Haberstock (Lepidus Cacophonous), commonly referred to as the ‘Joel’, is easily recognized by its charming smile and questionable sense of humour. It is endemic to the southern part of Saskatchewan, where some specimens still reside. Its diet consists mainly of guacamole, toaster waffles, ketchup chips, and due to its inherent lactose intolerance, predominantly avoids dairy. Joel is one of the first Haberstocks to survive and produce offspring in captivity.

Haberstocks are crepuscular and live in territories, frequently in pairs, and only rarely live in groups or communes. They are very quiet except for some twittering and mumbling communication sounds. In times of drought, they are able to search for food at any time of the day or night, foraging along drive-thru windows with speed and agility and, after finding food, they use their front paws to place the food into their mouths.

If a Haberstock feels threatened or senses danger, it will often try to scamper up into the back of an unmarked white van or flatbed domestic truck. If he can no longer flee, he will stand up on his hind legs, which makes him appear somewhat more daunting and allows him the possibility of using his razor-sharp charisma which can inflict substantial wounds. Joel is friendly, but is not helpless, and will resist if he feels threatened.

Haberstocks are classified as endangered. No reliable numbers exist for the total population but they are threatened due to the fragmentation of their natural habitats, their small numbers, and their food specialization needs. In the central plains of Canada the Haberstock is hunted for the alabaster sheen of its burnished pate from which faux antiquarian book covers are produced. As a result, migratory patterns have changed in recent years; sightings in the western regions of Canada have recently been reported. Currently, one can find the Joel indoctrinating younglings in Vernon of his vast outdoor survival techniques. 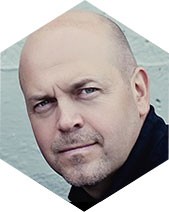 ‘Gary’ is a pseudonym. He has recently been dishonourably discharged from duty working in a highly secretive Counter-Terrorism tactical unit involving the FBI and the SAS. During his few active years of involvement he has seen action in the Falklands, Bosnia, Rwanda and Vietnam. More recently he has been serving in Iraq, Afghanistan, and Vanderhoof.

By the age of five, his parents had discovered his extraordinary skills at Parcheesi and Merlin, and immediately enrolled him at the local CSIS (Canadian Security Intelligence Service) school in Medicine Hat. He excelled in every area, and showed special skill in ancient Greek, theoretical physics, barbequing, curling, and scrabble, among others.

Soon after his formal education ended, he began to associate with those of dubious ilk. Although details remain sketchy to this day, it is clear that these associates have been the ultimate cause of his career downfall.

Very little can be revealed in print about his the recent ‘accidental’ removal of a colleague’s pancreas during a Saskatchewan Roughrider’s football game. Or the inadvertent disappearance of a superior’s jogging shorts during a marathon training exercise. Or the coincidental discovery of Iranian secret plans to utilize the latest cellphone technology in the detonation of air-to-surface WMDs or ground-based DUIs.

Let’s just say that his training has ‘come in handy’.

Gary is now a member of the witness protection program and is surreptitiously being amalgamated back in to society with his ‘family’ in Kelowna. This is top-secret classified information. Standard protocol requires you to divulge nothing for fear of being dispatched.

This is where you come in...

Have we convinced you yet?

Where we will be, and when.

The latest happenings in CREWorld

Fill out this form and tell us about what you are looking for.